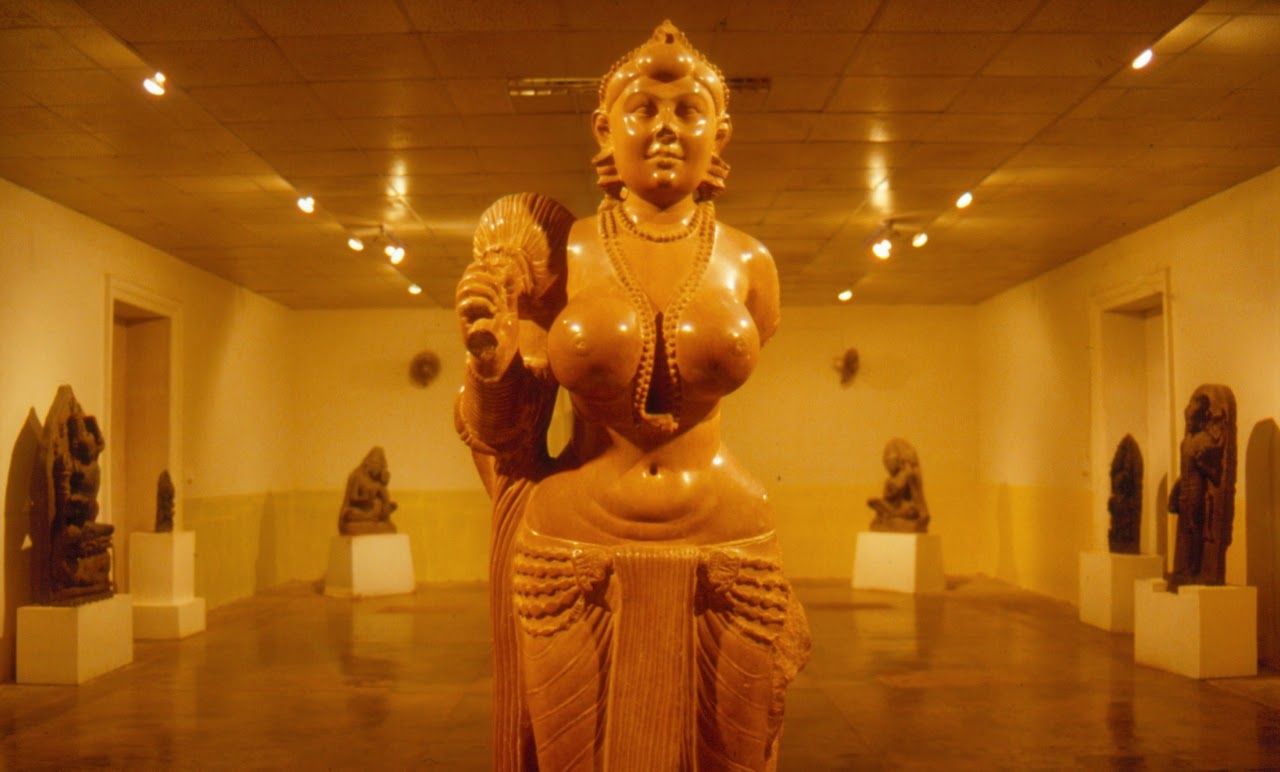 After a considerable hiatus, after the late 1980s really, we now have a few public institutions chosen from international designs.

Ralph Lerner's monumental IGNCA design in Lutyens' Delhi was greeted with a lot of fanfare in 1986. Its blueprints were displayed in several parts of the country and a coffee table sized book made of the whole competition. That was, of course before the internet age. The project itself was later subject to various dilutions and what has now come up can hardly be called monumental. Lerner's built edifice is a shadow of its own pale shadow.
There were lessons to be learnt then. Unlike several other cities where a contemporary public project has had a transformative influence, this kind of imposed internationalism seems to have a limited currency in our country. Lerner's design in the late 80's was textbook PoMo (in its least complimentary sense), using the colours and materials of the Delhi's other grand buildings in a kitschy pastiche, and having little to do with the life of the city. Gautam Bhatia's second prize winning design did a much better job localizing the design, conceiving the complex as a promenade.

Projects like Lerner have become exclusionary, both at an urban and at a cultural level. A foreign firm, bringing in a foreign form in a city filled with the architecture of the past has inherent contradictions. Unlike Chandigarh, Delhi is no tabula rasa.

In the past two years, two projects, one, museum and the other an extension to a well-known city edifice, also a museum, have awarded to 'starchitects'. The Patna Museum and the extension to the Bhau Daji Lad Museum in Bombay are both updated expressions of contemporary internationalism, that in the very act of their conception (the result of international competitions) exude the virtues of fair play and transparency.

The New Museum, worldwide is metonymous with contemporary presence and awareness, much as the New Town had been iconic marker with the post war generation of the 1950s. Projects with this kind of public profile also offer the potential for future footfalls, an enhanced cultural scene in both cities and a chance to parade global credentials in from of literati and glitterati alike. Criticism would be churlish, but some issues emerge from both projects that need consideration, even debate.

The Design for the new Bihar Museum was won by the Japanese firm (Fumihiko) Maki and Associates, along with Opolis Architects from Bombay. The new museum is now being developed at the Bailey Road in Patna and has a far more ambitious brief than its predecessor. The older Patna Museum was built in 1917 in the Indo Saracenic style, which at the time was riding the wave of short lived dominance in architectural fashion. The new site for the new museum is already contentious, as it entails the razing of several colonial bungalows from the early 1900s, and even the relocation of the well-known Mulana Mazhar ul Haq Arabic and Persian University.
The older Patna museum is still the place to go to today to see the wealth of Buddhist and Jain bronzes and terracottas from Nalanda and Gaya and other Ancient and medieval historical sites. By far the most important piece in the museum has to be the Didarganj Yakshi, a creation that, in my opinion is the single most beautiful sculpture in the world. This five and a half foot tall monolithic polished sandstone female form holding a whisk is the best example of Mauryan Art we have and dates back to the 3rd century BCE. This and some of the other Buddha figurines are, apparently, to be poached from the Patna Museum to grace the space of the new museum. But has the new museum been designed with the knowledge of specific artifacts to be displayed within its walls? Or will the lovely Yakshi have to comfort herself with whatever corner is allotted to her?

Consider this: the Venus de Milo has an entire room in the Louvre to herself, and is the focus of a long corridor. The Winged Victory of Samothrace has pride of place at the peak of a grand stairway and dominates the space. Any one of these sculptures could have an entire museum dedicated only to them. But cultural relevance can only be achieved with the knowledge and specificity of the museum's collection. Otherwise as many contemporary museums do, the focus is entirely on the event, on temporary and passing collections on tour, and on other spaces like restaurants, amphitheatres and souvenir shops, while the permanent collection is either not on display or collected together like the ajayabghar of the past.

The Bhau Daji Lad Museum in Bombay was already an ajayabghar or House of Wonders. Conceived as a City Museum in 1872, formerly the Victoria and Albert Museum, it was built in fin de siecle decorative neo-Renaissance styling. The international competition for the new wing was won by New York based architect Steven Holl, with Opolis Architects once again as associates. The new design is made of red Agra stone and white concrete interior spaces. The building is made to bring in light through a series of diagonals and curved cutouts evoking calligraphic flourishes. Looking nothing like the older museum in whose direct proximity it is planned, the new wing is a Steven Holl building in Bombay, rather than a Bombay building designed by Steven Holl.
Here too internationalism triumphs over the local, creating fresh semantics where none existed. What implications will the changed context bode for the surroundings, for Byculla to the West, and the zoo to the East? Will the new building be seen behind fencing, available for all to look at but not touch (not without a ticket, at least)? And what is the collection that is to be displayed within its vast modernist caverns?

The old museum has a complicated presence that the new just does not seem to acknowledge. Built to celebrate the former queen and consort, it chose sides in the ongoing Battle of the Styles. The flavour of the age was the Indo Saracenic, in Bombay at least. Being a city museum, it was populated with contemporary (manufactured) artifacts, commissioned to the Sir JJ School of Art. These were both dioramas of everyday life in Bombay in the late 19th century, as well as several figurines depicting through colonial eyes and essentializations the several denizens of the city, differentiated by caste and religion. In a sense, this museum of Bombay was already a meta-project to start with. After nearly a century and a half it takes on several interpretations as artifacts as seen through post-colonial perspectives. How does this context square up with the current design that seems to operate in a cultural amnesia?

This, then is the problem of the new productions of space in old cities- the larger ecology of redevelopment that the State, not so metaphorically both Centre and State, are presently obsessed with. Change is brought in irrespective of context and in spite of history. Even if we keep heritage values aside for the moment, these new buildings erase rather than encompass urban memory. They impose their presence on us.

Our cities are left the poorer for it.