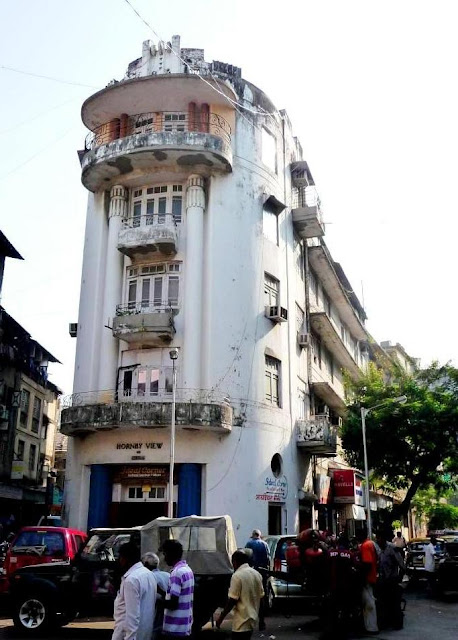 Can architecture have good manners? Architects and urbanists have debated this for more than a century, ever since the idea of new towns was conceived. In Mumbai too, there is evidence of urban etiquette, but to see it you need to focus a bit. We have come to accept the notion that Mumbai is an unplanned, an accretive city. Not entirely. For a century, several precincts and neighbourhoods within it have been deliberately planned, to create better conditions for living. Look at some parts of apna shahar on Google Earth. You’ll see what I mean. After the dark years of plague in the 1890s, the city fathers set up the City Improvement Trust, and created several new neighbourhoods to the north, in contrast to the congested and compact ‘native city’. These precincts had wide roads and well spread out plots. They accounted for the rise of vehicular traffic while emphasising the need for green lungs. Five Gardens at Matunga is probably its best surviving example.

The impetus for this piece came from a discussion with a friend researching the social mores of the inner city. Why are some buildings curved, she asked? The answer, my friend, is because they are well mannered. Curved buildings are evidence that there is a town planning authority at work. When plots were laid out, the corners of streets always turned a quarter-circle, never a right angle to accommodate a turning radius for cars. Buildings on such plots swept along the two roads with a curved front. Enforced initially by building regulations for frontages, this resulted in built harmonies along streets. Walking along some of these streets is a delight even today. Good manners are something you expect, and anticipate. There is a special charm to a curved building that matches your urban perception, a comforting notion that things are as they should be.

A corner building also gets the privilege of being iconic - it can be seen from three sides unlike the next one in line which has to be content with one. They locate places in your memory. You describe them while giving directions. These buildings can surprise and delight when encountered for the first time. Take Hornby View on Gunbow Street, with its shorter semicircular end sharply bisecting the street. Its rousing Art Deco features emphasise the corner, while the inviting doorway leads straight into Ideal Restaurant, home of Dhan Dar Patiyo. We have many such urban delights- Empress Court on the Oval has streamlined curves, one of G B Mhatre’s best, while at the end of the road Eros, with its curved, turreted, marquee-end provides a most satisfying full stop.

Sometimes the buildings bow in reverse, in concave arcs like D. R. Chowdhary’s Yogakshema at Nariman Point, sweeping inwards to encompass the garden in front. So do the Venetian Gothic buildings flanking Hornimann Circle with their pioneering covered arcades. But, if I was pressed to choose one above the rest it would surely be the Jehangir Art Gallery, whose arced front, shell canopy and entrance steps on the street makes it the best mannered building in Mumbai.

Curved buildings also have a functional advantage when it comes to security. ‘The buildings on a street equipped to handle strangers and to insure the safety of both residents and strangers must be oriented to the street’ says urbanist Jane Jacobs. She prescribes ‘eyes upon the street’ belonging to those who live there. Typically, a curved building with windows on three sides allows for better surveillance, keeping the immediate surroundings safe. There is no blind side.

Ironically, Mumbai’s curved geometries are evidence of its past, not its present. Its built etiquette withered with time, and died an unlamented death in the seventies with the introduction of FSI. Rectangular buildings were designed on corner plots and cylindrical ones on rectangular ones- an expression of architects’ originality. Today, when the worldly ambition is to squeeze out the last inch of FSI or lay on as much extra TDR as can be mustered, good manners in architecture are not the first (or the last) thing that comes to mind.