The Romance of Red Stone 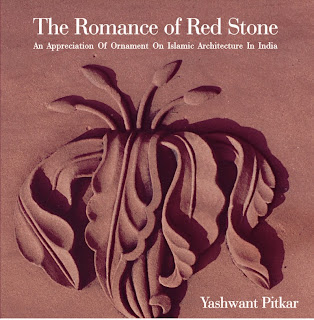 About the Book
In The Romance of Red Stone, Yashwant Pitkar presents architectural ornament as a feast of craftsmanship, an enduring romance with shape and stone in its unending variations. Pitkar’s photographs allow the viewer to appreciate Islamic ornament on architecture at a level removed from the formal- as an articulated surface. An architect first, then a photographer, Pitkar’s images reflect his love and admiration  for the buildings of Delhi, Agra and Fatehpur Sikri, amongst others, which he captures in a way he knows best, up close and personal.


His unique photographic gaze is like that of a Mughal miniature painter, or a Company artist, taking the viewer close to the buildings, enough to shut out the dominating forms of the architecture to be immersed right into the aesthetics of surface. For those familiar with these buildings, the photographs allow a return, a recollection of architecture as a phenomenon, giving a sensual experience of places visited; an effective feel for the infinite craft.


Pitkar’s images also work at a deeper philosophical level. The viewer is made aware of the inner meaning of aesthetic representation, of the different ways of inducing the immeasurable. The plays of multiple superimposed levels and of forms and patterns continue like an incantation beyond the photographer’s frame suggesting the infinite.


Mustansir Dalvi’s text complements Pitkar’s photographs by guiding the reader to an understanding of the variety and symbolism of ornamental forms that grace Islamic architecture, especially in the Indian context. Ornament in its many manifestations transforms the architecture, dematerializing immense monuments into elegant jewel-boxes. Dalvi shows how artisan and patron came together in India in a unique integration of two divergent world views and cultures to create a lasting syncretism of Islamic and Hindu traditions that reached its zenith in the architecture of the Mughal period.