Here is the third in the series of Urban Bawl columns in Time Out Mumbai for their 'Back of the Book' page.
Two small stories involving articles of clothing, centrifugally and centripetally engaged.

Two stories from a Mumbai Local 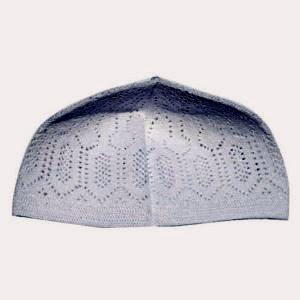 One
While returning home in the late afternoon, I am tired and sleepy and rush to find a window in the first class. I am lucky and soon, nearly nodding off. While I was alone to start with, now I notice a man come in, look around and leave. This doesn't register until it happens again. I pull myself up and look around. On the window seat opposite me, there is a white knitted skull-cap. You know, the kind worn by Muslims at the back of the head. The kind that Narendra Modi recently refused to accept.

Then another person come in, sees the cap, hesitates and moves to the opposite corner and sits near the window there. And then another, who winces visibly and finds a place as far away from this forgotten and forlorn object as is possible within the small enclosure of a railway compartment. I observe this silent opera, as the seats fill up one by one, all, except the one opposite me. Others prefer to remain standing. Finally, a commuter enters, sees this seat as the only empty one, and with two fingers gingerly lifts the cap, tucks it into a corner, and sits down. The train starts, and in its gentle sleep-inducing rhythms I am left to wonder, how much meaning gets invested in so ephemeral an object.

Two
6.30pm, Mumbai CST. Platform 1. The Harbour line.
It is the cusp before full-blown rush hour. A young couple, uncharacteristically entwined, walk the length of the platform towards where the first class compartments would arrive. The boy, almost all in black, encircles the girl’s waist with one arm. The girl is slim and short, a petiteness further enhanced by a really tight pair of jeans and a top that fits only too well. She has, over one shoulder a biggish ladies bag with several dangly bits. She wears fashionable heels, giving her an inch or two. With her free arm she clinches the boy back, tightly. It is unusual to see such a public display of affection, especially in a railway station in the evening.

The boy can only see her eyes.
The girl’s face and hair are obscured, wrapped completely, a dark dupatta forming a very makeshift naqaab. Both are engrossed; they bill and coo to each other as they wait for the train. Soon, the Vashi train trundles in, quite on time. The girl raises her head and gives the boy a peck on his cheek, right through the dupatta. The boy disentangles himself and gets into the general compartment. The girl walks a few steps down to the Ladies First Class.

Even before she finds a place to sit, with one smooth motion, she whips away the dupatta from her face, her hair falls to her shoulders, and once again she becomes Everywoman.

A New Column on Urbanism

This is the first of a new column on urbanism I will be writing for Network 18's Mumbai section of firstpost.com , which I should be doing every three weeks or so. To read the full piece, please click on the title below:

Every unauthorized shop-owner needs a peg on which to hang his wares. So does every squatter. Give someone a backrest and they will fashion a home out of it. Every physical subdivision, every border or fence in Mumbai’s public realm provides a multitude of pegs, made available for appropriation by the private anxieties of its legal occupants. The urbanist Jane Jacobs, more than half a century ago, spoke of how borders, while being dismissed as passive objects, or matter-of-factly as edges, actually exert an active influence. Every new wall physically and existentially divides its denizens. You are who you are depending on which side of it you belong. Take care of your own then; forget what goes on outside.

The emerging city of Mumbailopolis arrays its spanking new buildings, all barricaded against Mumbai, Open City. Lower Parel’s Peninsula is a fairly generic corporate park, laid out classically in gridlike blocks. Situated at the junction of Ganpatrao Kadam and Senapati Bapat Marg, Peninsula is surrounded by walls that visually deny views on both sides. There is nothing the city gives to the park and in turn it gives nothing back. On the inside is a befountained evocation of urban order, quite suited to totalitarian big brotherly Singapore. Manufactured havens such as these have strongly filtered accesses; but outside, le deluge.

High-rise residential towers under construction are pictured behind an old residential building in central Mumbai September 9, 2011. Reuters Beyond its perimeter are narrow encroached footpaths, streets with high vehicle density and the diagonal slash of a flyover, all jostling for space. The wall outside is a vast plane of nothingness, suitable erecting political hoardings or, of course, for easy use as a peg. The Peninsula is only a current example, but similar circumstances pervade over most of the new ‘re’developments in brown-field spaces.

Building walls today reflect setbacks, mandated by law, applicable across the city irrespective of specific circumstances. Open spaces all around buildings are therefore judiciously guarded by the plot owners. These spaces, cut off from the city outside because of their relative narrowness, tend to remain unused, and only alienate those inside.

Surprisingly, no lessons have been learnt from the very urbane Ballard Estate, designed as a series of building blocks placed right on streets that define the urban fabric. The City Improvement Trust in the early part of the last century defined building by footprints. This led to common building lines and uniform pedestrian ways. Building fronts were placed squarely on the roads; entrances were obvious and accessed straight off the streets. Windows overlooked life outside as it happened at all times, forming what Jacobs calls ‘eyes on the street’, empowering those inside to take charge of their own concerns of safety and still preserve good urban manners.

For a city starved of public spaces, the Oval Maidan is an exemplar of barriers destroying urbanity. In order, presumably, to preserve the grounds from the depredations of undesirables, the Oval is fenced off with railings that put you in mind of a penitentiary no matter which side you are on. Inside, a few cricket pitches are tended to for a filtered few to use. The narrow ‘public’ path joining the Art Deco to the Neo-Gothic stretch only emphasizes the impression of one being out of place. The railings along Veer Nariman Road are variously adapted as pegs for street vendors. The corner near the statue of BR Ambedkar is desolate enough for both women and men to prefer taking the opposite side of Madame Cama Road. What could have been, in the absence of the railings, a positive social space, a ‘living room for the city’, for all those with purpose and for flaneurs in general, is now fossilized for the rather vapid pleasure of viewing from the balconies of Deco residences.

Compare this with the ‘katta’ culture of Shivaji Park, a maidan truly loved by all who live around it. Its unfiltered access from all sides allows an extended neighborhood to occupy it and call their own. A simple kerb edging forms a makeshift seat for everyone regardless, and can be easily monitored for abuse. Shivaji Park demonstrates that plot boundaries can be defined in ways other than erecting barriers. Simple changes in flooring, building low curbs, installing street furniture or well located trees can be used to allow unrestricted visual and physical access. In several European cities, even main thoroughfares do not differentiate between foot path and driveable roads. Lines of streetlights or a different sort of paving suffice as indicators.

Every owner of real estate, even in these One-Lakh-Rupees-per-square-foot times, can give back a certain part of their property to the city for public use. The edges of buildings, not the anonymity of railings are a far more cordial urban interface between inhabitants and pedestrians. Robert Frost once said: ‘something there is that doesn't love a wall, that wants it down’. Quite possibly, in spirit, he lives in Mumbai somewhere.
Posted by as any fule kno at 10:17 PM No comments: