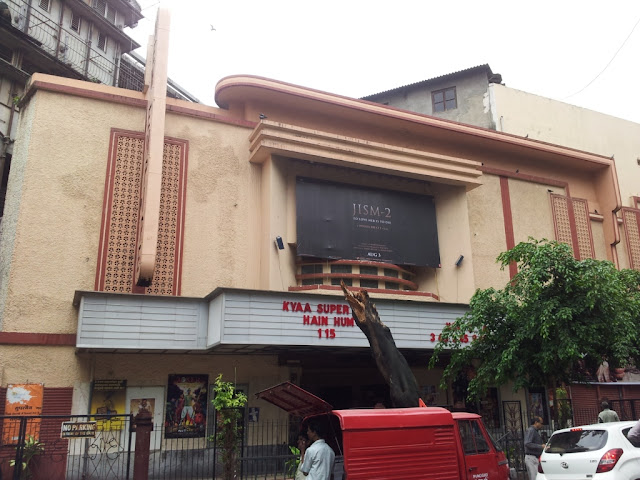 Makkhi choos: someone who, on seeing a fly fall into his cutting chai, first contemplates its presence, then removes it delicately with thumb and forefinger, and finishes his chai. After which, leaving nothing behind, he puts the fly to his lips, and with a slurping sound, sucks the tea out of its soggy corpse, its innards and gizzards with it, leaving a dry husk that was once a proud makkhi. Etymologically, you may gag at this, however, what with our collectively upward mobility and increased spending power, this phrase no longer has the resonance it once did. And yet, how apt is this description when applied to us collectively.

How else would we explain the recent World Cities Culture Report, commissioned by London’s Mayor that Mumbai is a world laggard when it comes to cultural infrastructure, huffing and puffing far behind Paris, New York, London, even Shanghai when it comes to the number of museums, heritage sites, live music venues, nightclubs and bars. In our pursuit of rampant free market capitalism and our jugaadu- kaam chalau ways, we have sucked the public out of every public space in the city in an attempt to make money from it.

The government, who should have been patron to cultural enterprise, has itself outsourced culture to private players in the city, all of whom are more concerned about profit to be sucked out of investment rather than the free provision of cultural enrichment to its citizens. How else do we see a purported art festival called Kala Ghoda become a vast venue of stalls upon stalls usurping open space that could well have been used for cultural events. Must this always fund that? How again, one may ask, is the premiere centre for performing arts in Mumbai now available at a (considerable) price to conduct your second cousin’s aunts’ daughter’s sangeet? Possibilities of monetising are sucking city culture dry of richness and diversity. Culture thrives in a large places filled to the brim with magnanimity, in the warmth of a shared city, not in the husk of makkhi choos mindsets.

Mumbai’s city culture is also being sucked to nothingness by burgeoning moral killjoys, who, like Rowling’s Dementors, feign outrage at the slightest stimulus. Were it not that much of the outraging is expressed through violence, vandalism and destruction, we could have brushed it off. But taking opportunistic offence to remain in the public imagination is, unfortunately, carried to completion by a capitulating state quick to ban everything from academic tomes, to pixellating cigarette smoke on television or shutting down art exhibitions ‘for the greater good’.

Whose morals were being protected recently, when posters of ‘Jism 2’ were removed from the bodies of BEST buses? In all honesty, this is how I think a conversation between a mother and child would go- Child (curious, pointing at bus): What’s that, mommy? Mother: That is a picture of a woman covered with a wet cloth. Child: Is she nangu-pangu? Mother: Yes. Child: Oh, okay! (going back to picking its nose, or chasing street dogs or whatever it is that kids do in public spaces nowadays). An unbridled, bristling outrage is leaving our city dry, ‘niras’, as it were, and our makkhi choos imaginations are left bereft of any cultural inclusivity or liberality. Enjoyment is mediated by ten o’clock curfews and hockey-sticks, by rules still applied (ad-hoc) from the late 1860s and by a forced homogenization of just about everything that could benefit from diversity.

As the power of our purse grows through increasing economic liberalisation; the breadth of our minds shrinks in the morass of our own making. We anticipate trouble everywhere, the fear of shutdown, the fear of litigation guides our actions to the point that you don’t need a Dhoble to tell you how to behave; you modify your behaviour in anticipation of a Dhoble. He may never come, but you’ve been booked. Miserliness borne out of economic hardship may be understood, but miserliness borne of an attitude cultivated by making a virtue out of squeezing money in any situation or to live in fear and denial of one’s own cultural potential is the thin edge of the wedge and Mumbai seems to have given itself up to it.

Our city has been called a ‘cultural wasteland’. Dry as a dead fly is more like it.

An edited version of this piece is the second in a column called 'After Words' in Time Out Mumbai.
This is published in the July 20-Aug 2, 2012 issue (Vol 8 Issue 24) of Time Out Mumbai. 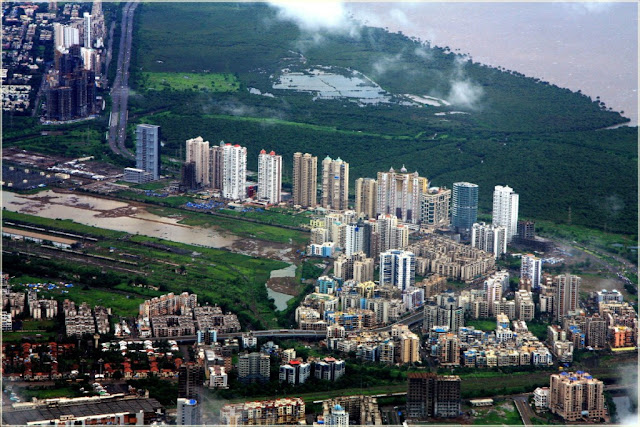 My first memory of New Bombay is a mountain of dead chicken. This must be in the early seventies, when the first buildings to come up in Belapur, designated capital of the new city across the harbor, were government buildings. This imposing mound of fowl, Mont Blanc to my less than ten year old self, was in a room-sized deep freezer of a MAFCO warehouse. MAFCO, if you remember was one of the earliest brands of processed foods. New Bombay was a detour while travelling with my parents from Bombay to Poona, which in those days you did via Thana, before the Vashi Creek Bridge was built.

I did not know this at the time, but New Bombay was at the frontier of imagination. Land was readily available all along the several nodes, strung like a necklace from Vashi to Panvel. Each node was a potential pearl, designed with sound urban planning vision by Charles Correa, Pravina Mehta and Shirish Patel in the late 60s. It was intended to complement the old city, by shifting wholesale markets and administrative hubs, moving jobs, workplaces and homes across the pond. There was a renewed call, just after the Mantralaya fire, to relocate it to Belapur, like it was intended in the first place. It did not happen then, and consequently the new town slipped into quiet slumber for two decades. Navi Mumbai rubbed her eyes open again in the nineties, fuelled by impossible land prices in Mumbai proper and by gaining a spine in the Harbour Line that inched, station by station, down its north south axis.

Two decades of somnolence meant that Navi Mumbai was, for most part, bypassed even as Bombay imploded. The misbegotten reclamations at Nariman Point, the cement crisis, textile strikes and subsequent closure of mills, the rising influence of the builder/speculator, the decline of housing cooperatives, the hyper-monetization of FSI and the inevitability of user generated/ slum formations would all have been affected, had the occupation of the new town been steady and determined during the seventies and eighties. Navi Mumbai came into her own only after several educational campuses were established along her spine, and the agglomeration of housing and services around them.

Here’s a thought. All this and more could have been achieved more than thirty years before it actually did, had a rather avant-garde notion taken root in June 1945. In his annual presidential address, Foster King, founding father of the Indian Institute of Architects, proposed that Bombay would benefit by ‘boldly striking out laterally across the harbour to the inviting mainland beyond, rather than unimaginatively persisting in a northerly advance which led further and further away from the heart of the city.’ The main advantage, other than access to the mainland was its geographical edge that would allow new settlements to enjoy the western breeze. King thought it ‘stupid to reclaim land when cheap land with good western frontage is already available on the other side’. Breeze was a commodity fervently sought after by south Bombay’s householders of the 30s and 40s. They had already rued its passing due to the new architecture on the Backbay and Marine Drive reclamations that had dammed the westerly’s from wafting freely though the city.

Other architects, writing in the institute’s journal responded enthusiastically, taking King’s vision even further: ‘We feel that a bold a solution is demanded. And what bolder than an undersea tunnel linking up shore to shore? Daring, yes, but impractical, no.’ Considering the development of underground and undersea connections in other countries between the wars, this proposal was not all that futuristic. The tunnel could have been built, what with the incontestable might and resources of a colonial administration, who could have ensured compliance and execution without much ado. Had the Bombay trans-harbour tunnel of ‘45 come to pass, what would Mumbai be like in 2012? Would be exult over an Art Deco skyline ringing the inner harbour like a vast lakefront? Would we celebrate half a century of an effective N/E/W/S transport network? The answer my friend, would (probably) be blowin’ in the western wind.