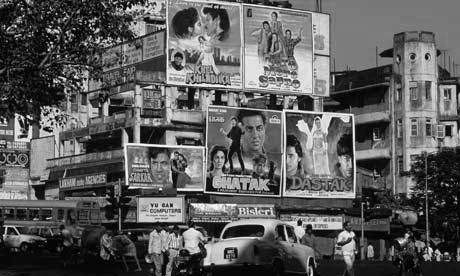 Indian Cinema is a 100 years old. I have been around for approximately half that time. I can measure my life out in matinee shows (do they even call it that anymore?). My back-story begins, so I am told, with my sleeping through most of ‘Shikar’ (1968). My mum would wake me whenever the tiger made an appearance and I would make loud growling sounds, irritating all the other Dharmendra fans. I was four.

In the same year, I was given a choice of seeing either ‘Brahmachari’ (chakke pe chakka) or ‘Raja aur Runk’. I chose the latter as I already knew Mark Twain’s ‘The Prince and the Pauper’, read out to me from Classics Illustrated comics. I still haven’t seen ‘Brahmachari’, except for the song where Mumtaz in a cut-off saffron sari shakes a jelly belly.

In the late 60s, movies came to us through advertising rather than actual movie going. As a schoolboy, my eyes were stabbed by the flash of psychedelic hand-painted billboards of ‘Hare Krishna Hare Ram’ (1971) and ‘Bobby’ (1973). One poster I can never forget is of ‘Bhoot Bangala’ (1965) with its skeletons doing the twist and Tanuja screaming on the Radio Cinema; a rerun, in a rundown theatre. Radio would make its way to dusty death in 1974, to be replaced by the pyro-happy Manish Market, home of ‘do number ka maal’.

I readily believed in ghosts for several years after, an obsession fuelled weekly by very cinematic radio plays called ‘Adbhut Kahaniyaan’ on Vividh Bharati. Radio is where we got our primary movie education. New movies would be presented in 15 minute ‘radio-programs’. The phrase ‘kitne aadmi the?’ was on everyone’s lips much before ‘Sholay’ opened on 15th August 1975, thanks mainly to the radio, our very own social media. Television was something we knew of only by reading American Gold Key Comics.

Television (1972) brought with it the back catalogue of films (from the 40s to the most recent) which we assiduously imbibed every Sunday evening at a convenient neighbour’s house, and learnt songs by heart every Thursday with ‘Chhayageet’ and antakshari. Hindi films (and advertising) also educated us in Urdu. Even as a child I knew some impressive words- ‘Aalingan’, ‘Ulfat’, ‘Jwar Bhata’, ‘Salaakhen’, ‘Saawan Bhadon’.

It is lesser known, but world cinema was regularly telecast on Bombay Doordarshan in the 1970’s. I vividly remember every ‘bloody’ scene from Chabrol’s ‘Le Boucher’ (1970) telecast in B/W when I was 8 or 9. Even after television, radio-programs for films would survive well into the 1980s, when the Asian Games, colour TV and Delhi Doordarshan killed all civilised programming that once came out of Bombay’s Worli studios. The memes of popular cinema continued as songs, thanks to Radio Ceylon and toothpaste. Ameen Sayani would host the weekly ‘Binaca Geet Mala’ right until 1988.

Seeing movies was something we took for granted in our fledgling years. All movies ran at the same time- 3.30, 6.30 and 9.30 pm, while children’s films had matinee shows at 10.30am. I saw 3 movies a day several times, especially in college, hopping from theatre to theatre all located near Bombay VT.

Even the prices were mostly the same: cheap seats were the Lower and Upper Stalls, the Balcony was costlier and the Dress Circle the costliest. A carryover from the days of drama, many of Bombay’s cinemas were converted playhouses, which meant that sometimes you had to hope that you wouldn’t get a seat with a column in front of you.

Movies were like comfort food. They would begin with advertisements, the Indian News Review, a Films Division Documentary, the trailers (forthcoming attractions) and a cartoon, all before the main (feature) film started. We missed none of these pleasures.

Hindi picchers were to die for. I waited 2 days straight in line for a ticket of ‘Amar Akbar Anthony’ (1977) and went back home disappointed after reading ‘House-full’ in every seating slot just above the booking window. I had to content myself with radio-programs for several weeks before I finally witnessed the awesomeness of Manmohan Desai’s magnum opus (but I knew all the dialogues before that). Do movies ever go ‘House-full’ anymore?

Seeing a movie ‘First Day First Show’ was a matter of peer pressure. We could not believe how one bunch of kids in school always managed to do that. They would gleefully commit the unforgivable sin of telling you the story and ruin everything. We hated them.

The only movie I managed to see in all its First Day First Show glory was Attenborough’s ‘Gandhi’ (1982) at the Regal. We got lucky, buying tickets from the ‘panch ka pachhees-wallahs’ at no extra cost because on an unusual police presence. Of course, this hardly a story we could tell the next day to those smug so-and-so’s and return the favour.

This short opinion piece was published in the Sunday Times of India, September 21, 1997
(in Black and White) 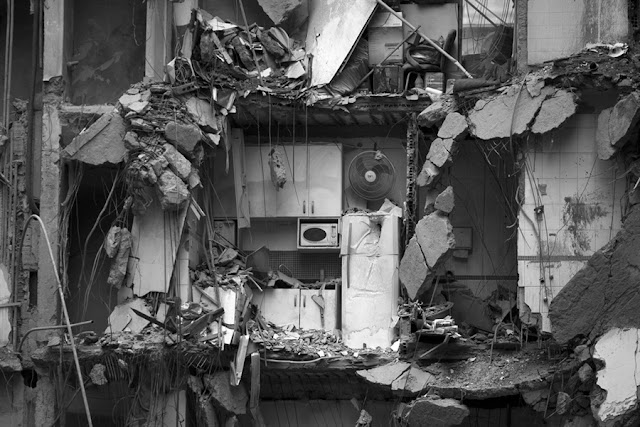 Living in a city with the world’s costliest real estate, the ordinary Bambaiwalla has increasingly found his slice of floor-space pie getting smaller and smaller. And yet, there has been a copious increase in the availability of consumer appliances, all within reach of his slowly bulging pocket. These many articles have to fit into the tight spaces of his home or work-place. When all options of using the floor are exhausted, the occupant has no recourse but to use the volume of inhabitable space, the meager nine-and-a-half feet evenly spread over the total area of the flat or office. Increased affluence leads to the acquisition of wealthy status symbols: the lofts and mezzanines, the personal safes, a number of steel cupboards, false ceilings with concealed lighting (which also conceal the structural systems and services) and split air-conditioners.

In the fixing of many of these systems, there is a tampering with the RCC frames that form the structural components of the building. Altering or chipping away at the reinforcement (also pulling down the columns as in the Navare building collapse in March 1996, or punching holes in beams to conduct air-conditioning ducts or plumbing) with impunity seriously weakens the structure.

Commercial structures like the Poonam Chambers are designed for specific live loads, which means the combined weight of the furniture, fixtures and human occupants expected, given the nature of use. Live loads caused by accumulated paper (file records, books, publications) are the heaviest, as is the load of water (tanks, cooling towers). Mezzanines and lofts are created inevitably for storage rather than in-habitation  and this is where most of the paperwork or the extra Sintex tank goes. Small goods dealers or manufacturers stock their limited cubicles blindly, causing intolerable stresses on the structures.

The terraces of man buildings are virtual junkyards. Air-conditioning systems include water cooling towers are built on older terraces not designed for these technologies. These may, over a time cause stresses in the structural frame with incessant vibrations. Buildings get taken for granted these days and are added, subtracted, multiplied and divided far beyond the modest expectations of the modest design.

Concrete being a rigid material is unlikely to show excessive physical deformation that could act as a harbinger of imminent failure, at least to the untrained eye. The occupant of a distressed building may not be able to differentiate between cracking plaster and crumbling concrete. Faithful to the very end the RCC frame tolerates all atrocities meted out on it, and then fails, suddenly and spectacularly. There are innumerable structures all over the city that are waiting for the proverbial straw that will break the camel’s back.

Collapses like the Poonam Chambers are symptomatic to be paradigm. The collapse of Mumbai’s Akashdeep building in August 1983 in which several lives were lost had similar reasons for its failure cited by the Tembe Committee. Investigations revealed unauthorized mezzanines and their over-loading with heavy parts and packages by the dealer tenants on the lower floors. The recent tragedy has shown that nothing has been learnt from bitter experiences and what the future portends is also disturbing.

There has been a recent move by the BMC to regularize all lofts and mezzanines built illegally all over the city. And in Navi Mumbai, an illegally enclosed balcony can be regularized by paying a small fine/fee even before it is built. This is typical of developmental authorities getting over a problem they cannot solve by escapism rather than by applying their mind. This attitude of ‘indulging’ wrongdoers by a farcical ‘payment’ for their sins has consequences that are only obvious.

Perhaps the most pathetic testimony in the Poonam Chambers tragedy came from the security guard who ignored falling debris because he thought that happened all the time. A high level of acceptance of the lowest standards of maintenance, and an almost total desensitization to the environment that surrounds us could blind us to impending tragedy. This should also be a lesson for the future.