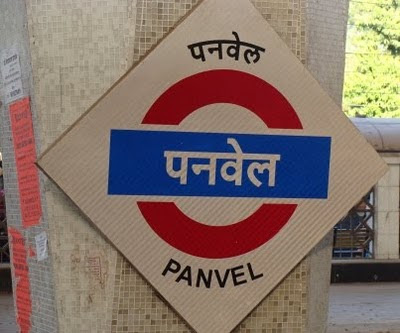 This is the first piece I wrote for Time Out Mumbai, occasioned by their 'End of the Line' issue on the last suburbs at the end of the Mumbai Local lines. Panvel, of course is currently the last station on the Harbour Line.

A patch of road, about three feet wide, crosses my path to the railway station on the New Panvel side. Elsewhere, the road continues, well tarred regularly before each monsoon. This singularity, however, remains untouched and has been since the Harbour Line made its way into town in 1995. Not just unmaintained: it was never built in the first place. Every subsequent overlay of tar turns this dirty old track into an even deeper crater filled with rocks and plastic detritus. Each morning, as I drive station-wards, I am compelled to make obeisance here with a loud, teeth-rattling thump. Departmental no man’s land between the Central Railway and CIDCO, to me this patch represents Panvel itself.

We found a home in New Panvel in the early ’90s. It was planned by CIDCO, circa 1970, as part of the New Bombay Project. Across the highway is “old” Panvel (of the same vintage as the Big City across the pond). New Panvel – or Naveen Panvel, as it’s now known – falls between several jurisdictional cracks. Part of revenue district Raigad (but not the Raigad Lok Sabha constituency), not under the Navi Mumbai Municipal Corporation nor administered by the Panvel Municipal Council, yet, apparently maintained by CIDCO, our little hub of urbanity is paternally challenged It’s at one end of the Harbour Line. Although Panvel is a terminus for the suburban line, through trains connect it pan-India, from Hazrat Nizamuddin to Thiruvananthapuram. Old and Naveen coexist, like Siamese twins, both conjoint and severed by the railway and the NH4.

New Panvel was a one-horse town when we first bought our home, and remained so until the millennium. I can get nostalgic about leisurely drives down its wide, main avenue perpendicular to the highway, through the town and beyond into pristine wilderness, into the spectacular hillscape at the foothills of Matheran. Every monsoon, we chased the elusive 180 degree rainbow. We got lucky, once. Then, we would return to this well-planned place that, for 30 years, merely existed; a place for investors and absentee landlords, a few service shops and several jewellers’ boutiques that fronted for moneylenders. New educational complexes grew and prospered because land was available, as was easy residential accommodation. “Then came the churches, then came the schools, then came the lawyers, then came the rules; then came the trains and the trucks with their load,” exactly as Dire Straits predicted in their song “Telegraph Road”. New Bombay developed, but this node awoke only after the Harbour Line reached Panvel in 1995. 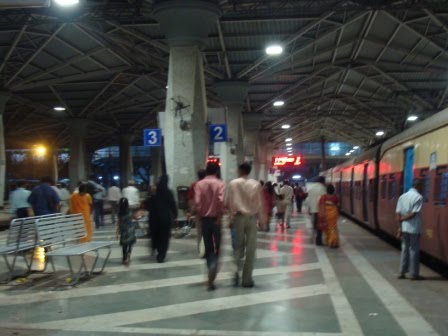 In the ’90s and noughties, as we paid up EMIs at 16.5 per cent, Panvel surfed the crests and troughs of real estate vagary and emerged, unlike sisters Vashi and Kharghar, resolutely downmarket. Migration fuelled economy; incoming communities marked their presence with new religious places – a temple to Kali, another to Ayappa, a new mosque, the unusually named CIDCO Vinayak mandir.  Forty years on, the wrinkles are visible, what with the administrative ambiguity the city finds itself in. Now, various levels of neglect can mean that load-shedding hits us as if Panvel is a rural backwater; local rickshawallahs scorn metering (for every fuel price hike of one rupee, their base-fare rises by five); garbage collection is sluggish; bins are usually taken apart by stray dogs, who rule the night and run in packs of 20.

The other Panvel, to my right as I get off the train, is, not unlike Mumbai, an old town in a new world. Historically both a port and a trading town, Panvel was once the rice bowl of the north Konkan, with its famous Bazaar Peth, Mirchi and Kapad Gallis. Panvel Gaon dates back to 1725, when the Bapat Wada was built. It was elevated in the 1800s, when migrants from the Konkan were populating Bombay and Panvel Shahar became an alternate place to make a home. When you talk to old-timers, they tell you that a newcomer could always find home in the Bapat Wada and occupation in Dhootpapeshwar, the ayurvedic factory. While the factory is gone, the wada still shelters several hundred residents. 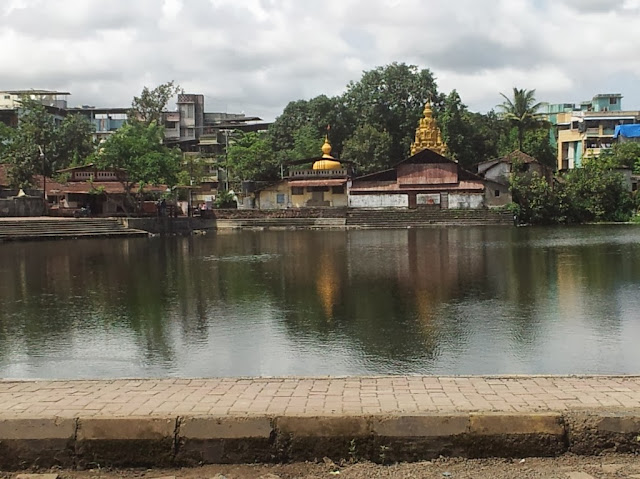 Then as now, festivals at the many temples, mosques, dargahs, even a synagogue bring the faithful thronging to Panvel. The oldest temple, the Ballaleshwar, is from the eighteenth century; the Beth-El Synagogue was consecrated in 1849. When I visit these places today, I am struck by their similarity. On the outside, every place of worship looks like every other, and only reveals the trappings of faith when I enter. This old town was once a paragon of middle-class cosmopolitanism. Its various communities – Hindus, Muslims, Jews and Jains – shared a Konkani culture, food, clothing and Marathi as lingua franca.

In the past 20 years or so, I have seen attitudes stiffen: today, gentrification pervades, the old bonhomie is breaking down. More and more overt displays of religion and community foreground civic life – flags and flex-banners pervade. I am uneasy when I encounter makeshift notice-boards, not-so-subtly exhorting good religious behaviour. Money also fuels change. Many (thankfully, not all) of these places of worship are now “renovated”, with RCC shikharas and minarets sprouting incongruously. Many wadas too have given way to MHHSes, or Middle Class Housing Societies. Now, tall buildings crowd narrow alleyways bottlenecked with newly acquired cars. No country for old men. 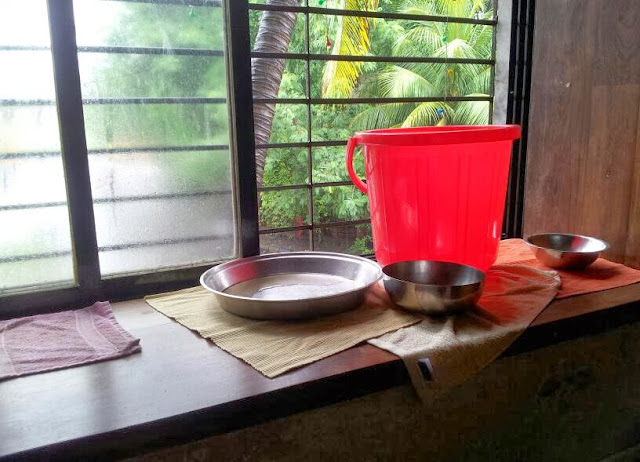 But I wallow in my good fortune, for, out of my window I can see, beyond the whooshing SUVs on the expressway, Panvel’s glorious peaks – Malang, Vishal, Prabal, Matheran and Karnala. Each with signature crowns, they transport me to the geological beginnings of the Mumbai Metropolitan Region. This entire geography was the result of great and sustained volcanic eruptions 65 million years ago that cooled to form the Deccan, the Konkan and the isles that were Bombay (eliminating all the dinosaurs in the process). This craggy beauty bookends Navi Mumbai to the east and signals the end of the Harbour Line.

Meanwhile, Panvel waits; patient, like the stone sentinels that shadow it, patient like Mother Konkan, who waited decades for the railways to link her to the ghats. Panvel now waits (as I do) for a new airport, a new SEZ, a fast train to Mumbai or even a three-foot patch of road to energise its fortunes – and mine. Until that happens, I have to be content with “Asia’s largest railway station” (all steel mushroom decking and faux Egyptian columns), still in the making.